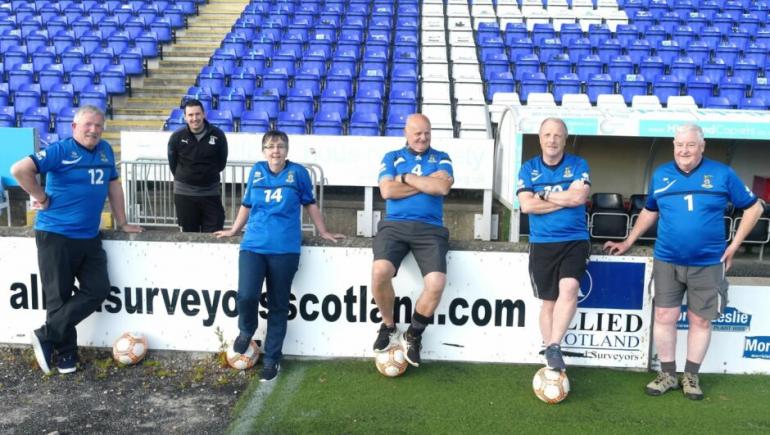 The popular Football Fans in Training (FFIT) programme is being evaluated by academics to see if it can act as an effective tool for cardiac rehabilitation.

Researchers from the University of the Highlands and Islands (UHI) will evaluate the results at the end of the 13-week programme being run by Inverness Caledonian Thistle Community Trust.

Fans have been taking part in the programme since 2010, but this year’s scheme is also being supported by UHI and NHS Highland as part of an effort to get more patients to take part in the rehab schemes that are critical to recovery.

Professor Trish Gorely, from UHI, said that it has long been an uphill battle to get patients to take full advantage of rehab opportunities.

Uptakes for cardiac rehab are consistently around 50% UK-wide, and Professor Gorely revealed: “Of those, only about one-third of those who do take it up actually complete it.”

That’s what she and other partners hope the scheme will change.

She told the Press and Journal: “The history of football fans in training is that when people attend and they follow the suggestions they have been given, they get good results. It might be a way that we can pick up some of the people who wouldn’t go to the more traditional rehab approaches.”

Bob Brant is one of 30 cardiac patients taking part in the club’s programme. He was only in his 30s when he had his first heart attack in 1988.

“I was 34,” he said. “It was one of the biggest shocks of my life. I took sick at work and it just came out of nowhere.”

It turned out Bob had a congenital heart disorder, and since then he has had multiple heart surgeries and stents.

Although medical technology has advanced over the years, he is still finding that the basics – healthy diet, portion control and exercise – remain effective weapons against heart disease.