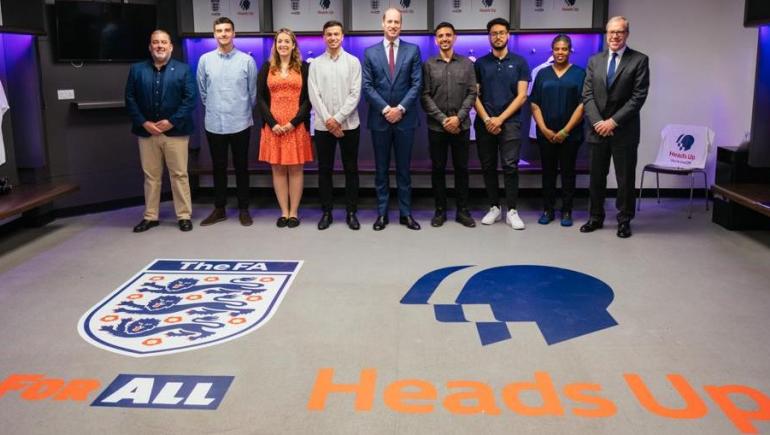 The Football Association has launched a new campaign aimed creating “the biggest ever conversation around mental health”.

Launched during Mental Health Awareness Week (May 13-20), the ‘Heads Up’ campaign will “harness the influence and popularity of football” to “show the world that mental fitness is just as important as physical fitness”.

It is being supported by the mental health campaign Heads Together, which is spearheaded by the Royal Foundation. While it is particularly aimed at getting men to open up and talk about mental health issues, Heads Up will be visible through all levels of men’s and women’s football in England next season.

The Duke of Cambridge, who is FA president, is helping to launch the campaign which will officially kick off at Community Shield in August 2019 and will culminate at the 2020 FA Cup final next May.

This week he called on football fans to invest the same energy in talking about mental health as they do to discussing players' injuries in the pub.

He said: “As FA president I saw an opportunity to bring the sport I love - that many men talk about more than anything else in their lives - to help lead the next phase of the conversation.

“Building on the amazing attitude that led England to the World Cup semi-finals, it will show us all that mental fitness is just as important as physical fitness.”

FA chief executive Martin Glenn added: “Mental health remains one of the biggest issues facing men under the age of 45.

“Around 12 million people play football in England each year, with even more watching on, and Heads Up will use the power and popularity of football to drive awareness and change.”