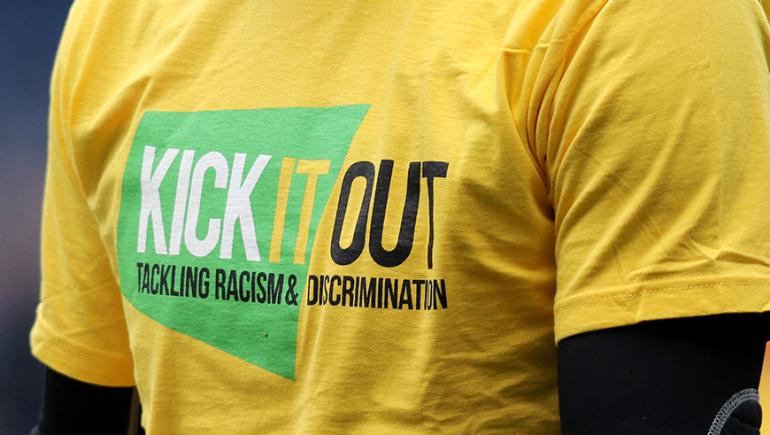 FA to honour 25 years of Kick It Out

The England versus Switzerland football friendly at Leicester’s King Power Stadium in September will be dedicated to the work and impact of the Kick It Out campaign to celebrate its 25th anniversary season.

Kick It Out has worked to eradicate racism and discrimination and achieve equality and inclusion in football since its inception in 1993.

Although Kick It Out has held regular dedicated fixtures in the Premier League and English Football League since 2001, this will be the first international match hosted in honour of the organisation.

The Football Association has been a core funder of Kick It Out since 1997 and the decision to dedicate an England fixture in its name is a further commitment from the governing body to increasing equality and diversity at all levels of football.

Lord Herman Ouseley, Kick It Out’s Chair, said: “For us to have a dedicated international as we enter our 25th Anniversary season is a clear marker of how far we’ve come since Kick It Out was founded in 1993.

“Our goal is to see all forms of discrimination being challenged at all levels of the game, so to see the England team putting the pursuit of equality and inclusion at the heart of this important friendly is a massive moment.

“We hope that the awareness this fixture raises will encourage everyone involved in football, from the top of the professional game to the smallest grassroots club, to take Kick It Out’s message and put it at the centre of their work.

“We know that football has a big impact on the communities that surround it, and we’re very proud to be able to showcase that on the international stage."

Find out more about Kick It Out on their ConnectSport directory page. To add your organisation to the directory, contact hello@connectsport.co.uk