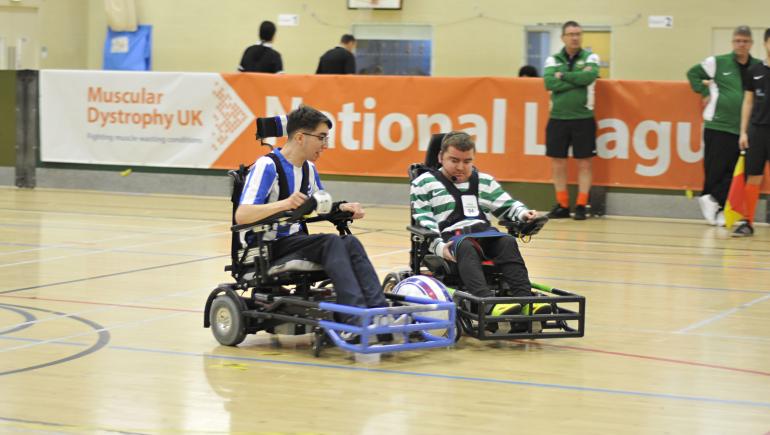 The third annual FA Disability Cup at St George's Park will feature an expanded programme this summer with the addition of a partially-sighted category and an exhibition of frame football.

The competition, which takes place on Saturday 16 June, is the largest of its kind in the country, with six  cup finals scheduled to take place across the weekend in partnership with a range of impairment-specific organisations:

The partially-sighted category is a new addition to the schedule, as is frame football, with a new format of the game having been developed in conjunction with Cerebral Palsy Sport for people who use a frame or walker.

Ricky Stevenson, Chairperson of the Wheelchair Football Association (WFA), said: “We are delighted to see Powerchair Football and the WFA Cup included in such a fantastic event to promote disability football.

"The FA Disability Cup has grown over the last three years and for our players to be given the opportunity to play at St George’s Park provides a real highlight of their season. We hope this event will become the showpiece for disability football in England and we are excited for Powerchair football to be part of the wider disability football family.”

“I am delighted we will be returning to St George’s Park for the third year in a row as it provides the perfect platform to raise awareness of the opportunities that exist within grassroots disability football. I would like to wish everyone taking part the very best of luck.”