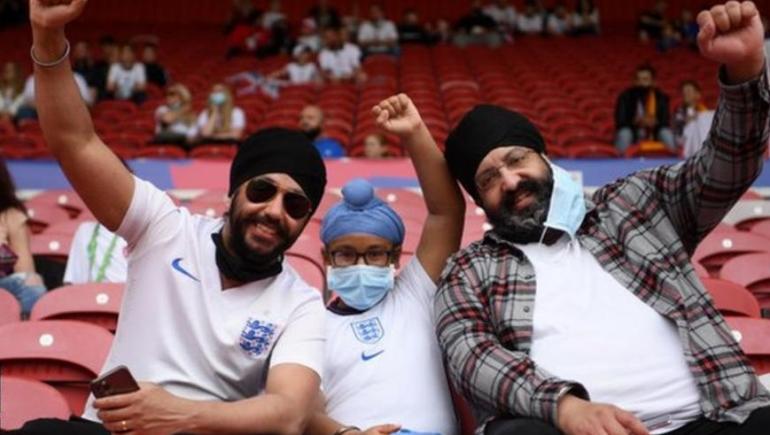 A new initiative launched this week aims to use the England football team's run to the final of the European Championships as a moment to celebrate and promote a more diverse and inclusive nation that is shared by people of all backgrounds and cultures.

In the week that the men’s national team reached its first major final for 55 years, voices from faith, diversity and cohesion organisations across the country asked people to show their support for an inclusive England by sharing images on social media of what it means to them.

Organisers of the campaign say England boss Gareth Southgate has created a team that fans of every background in England today can identify with and feel part of.

Imam Qari Asim, Chair of the Mosques and Imams National Advisory Board, said: “Our football team at Euro 2020, with its players from diverse backgrounds, has a power to connect with people across England. Football is coming home, and it is a home that we all share.”

Jasvir Singh of City Sikhs said: “This is also the perfect opportunity for us to reflect on how much we have grown as a nation since 1966. We can’t continue living in our past glories, no matter what we think those might be. We need to be proud of our Englishness and look to the future with hope and faith. 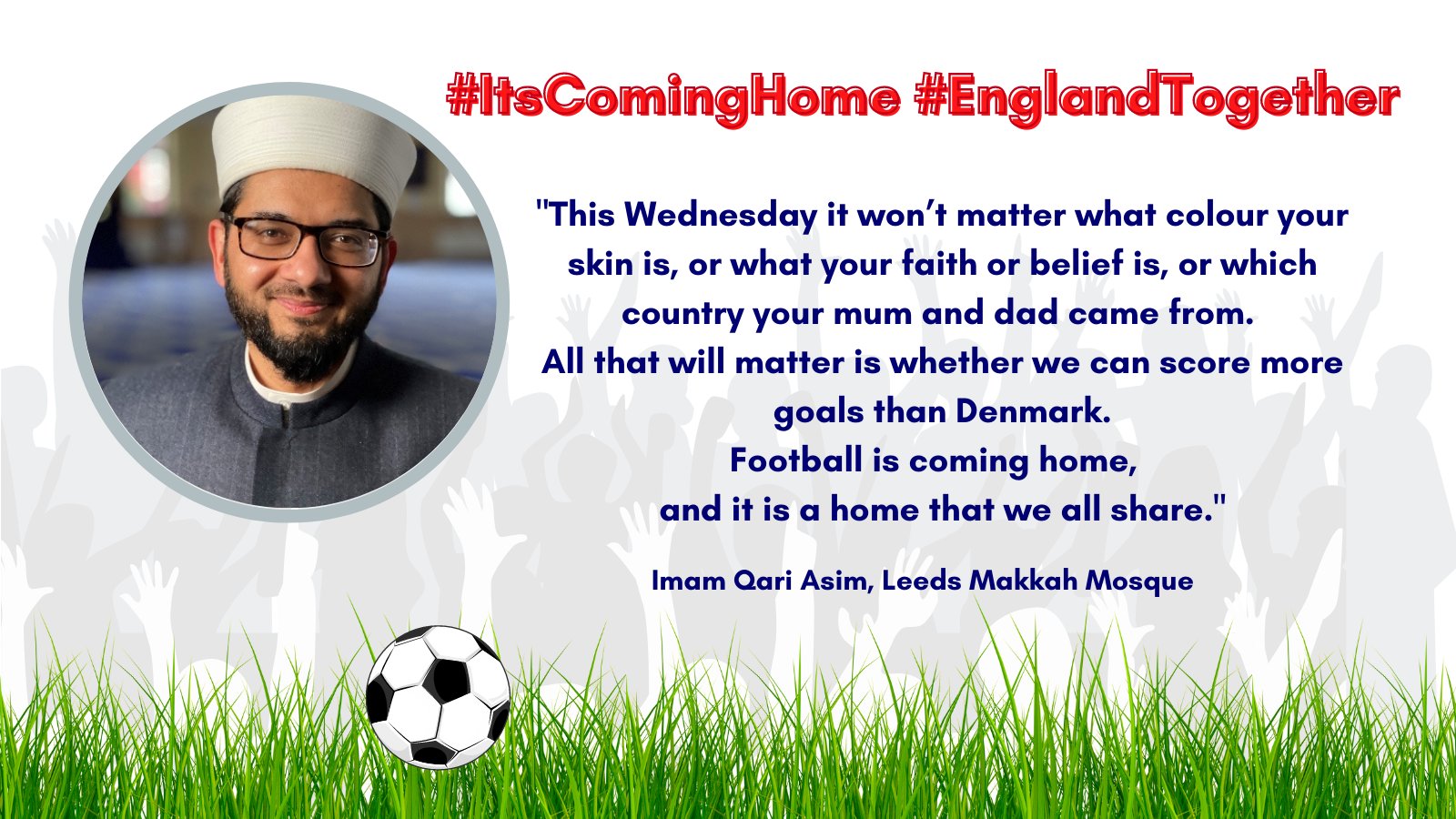 “So whether you’re wearing a turban, a kippah, a hijab or a baseball cap, it’s time for us to come together as one nation united by the Three Lions.”

Research from British Future finds that: 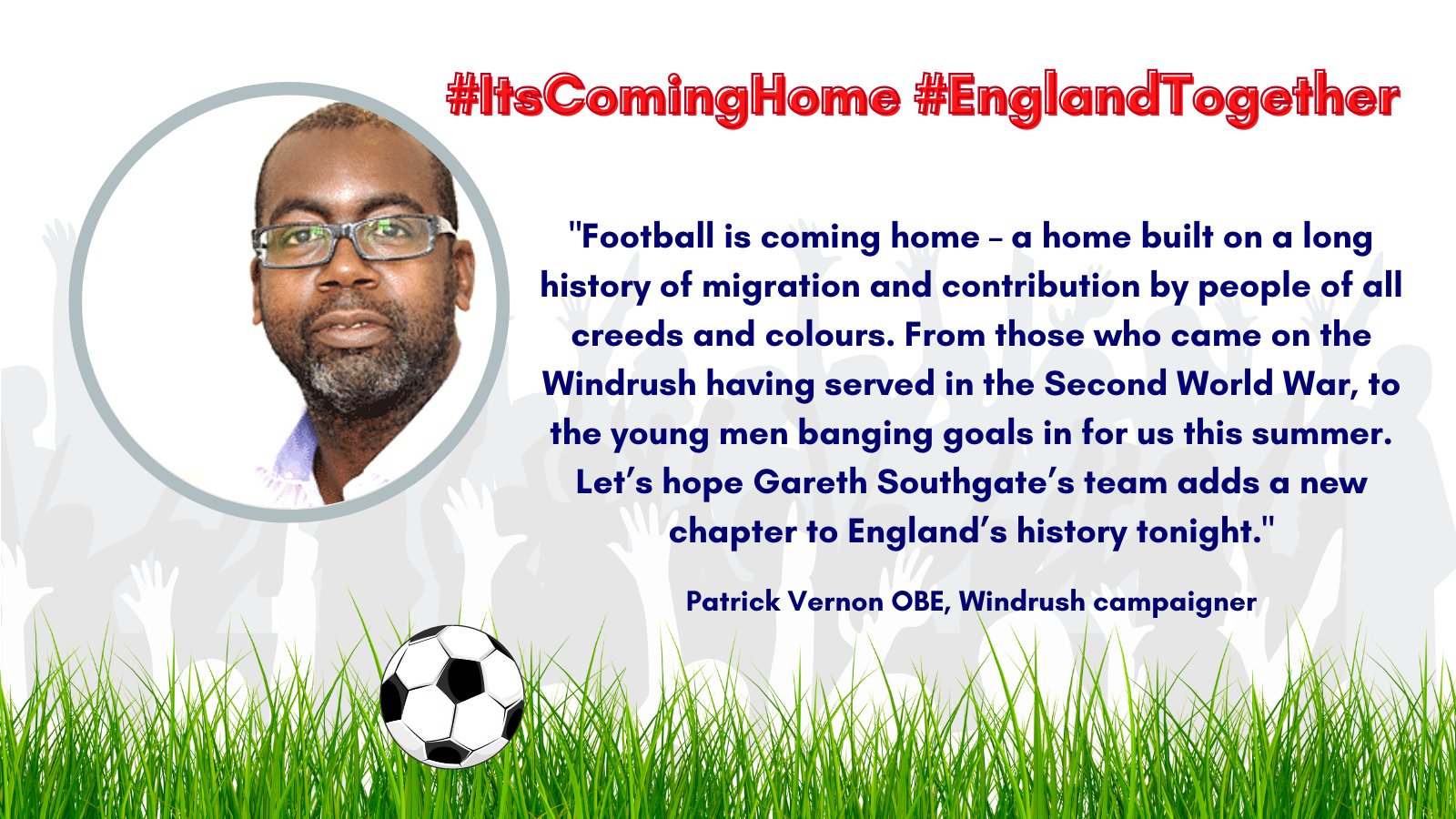 The campaign was launched prior to Wednesday’s semi-final victory over Denmark. Windrush campaigner Patrick Vernon OBE said: “Football is coming home – a home built on a long history of migration and contribution by people of all creeds and colours. From those who came on the Windrush having served in the Second World War, to the young men banging goals in for us this summer. Let’s hope Gareth Southgate’s team adds a new chapter to England’s history tonight.”

Raymond Simonson, CEO of JW3, said: “Jewish people across the length and breadth of England are looking forward to celebrating a rare semi-final win for England in the Euros this week. After more than a year of missing so many of our communal celebrations, it is so wonderful that this group of players is bringing joy to so many people.

“Like the Anglo-Jewish community, this England team come from diverse backgrounds and heritages, and many of them have endured unfathomable racist abuse.

“After such a difficult year with so much isolation, this group of young men have brought people together across communities and divides. They are another reminder that we are better together than we are apart, and that if we all pull in the same direction, nothing is impossible.”

Sunder Katwala, Director of British Future, said: “It matters that we have something to bring England together. There are plenty of things we can disagree about in our society. So finding things we share is important: it helps to foster a shared sense of identity, helps to bridge divides and pushes back against prejudice.

“#EnglandTogether celebrates this great moment, which is shared by all of us in England today. Whether you’re a lifelong football fan or just enjoying the occasion; and whether your family stretches back generations or is new to these shores. 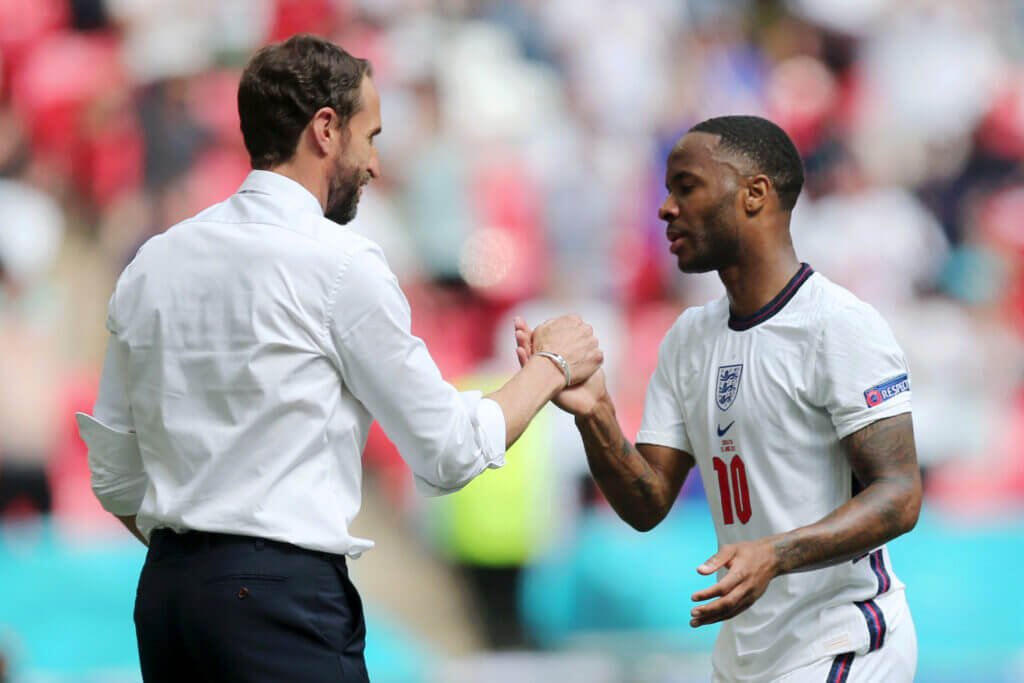 “If Gareth Southgate’s team makes it to the final on Sunday it will be England’s biggest party in 55 years – and we want everyone to feel invited.”

Gurvinder Sandher, CEO of Kent Equality Cohesion Council, said: “Growing up as an England fan it was confusing at times, seeing our Black players being booed in the early 1980s. Now the country is behind the team. When England do well, the whole country comes together and it is so positive to see.

“I watched the Ukraine game in the pub and when England scored everyone was up celebrating, regardless of background or faith. Football can bring people together like no other sport in England. Come on England!”

Frances O’Grady, TUC General Secretary, said: “This England team is proudly working class, multi-ethnic and multi-faith. Lots of the players are the children and grandchildren of immigrants. And the team is a true reflection of the wonderful diversity of working people in towns and cities up and down the country.”

Rashidat Hassan, Assistant Secretary General of the Muslim Council of Britain, said: “Many of us will be cheering on our England team not only for the remarkable success they have achieved for our country, but also because of their principled stance against racism. The talented team and their forthright manager have shown leadership both on and off the pitch.

“In our England team we see in ourselves the best of our society. A reflection of our diverse communities and a model for unity. We all owe the England football team some gratitude for bringing the country together during difficult times. We pray the chorus comes true: football’s coming home.” 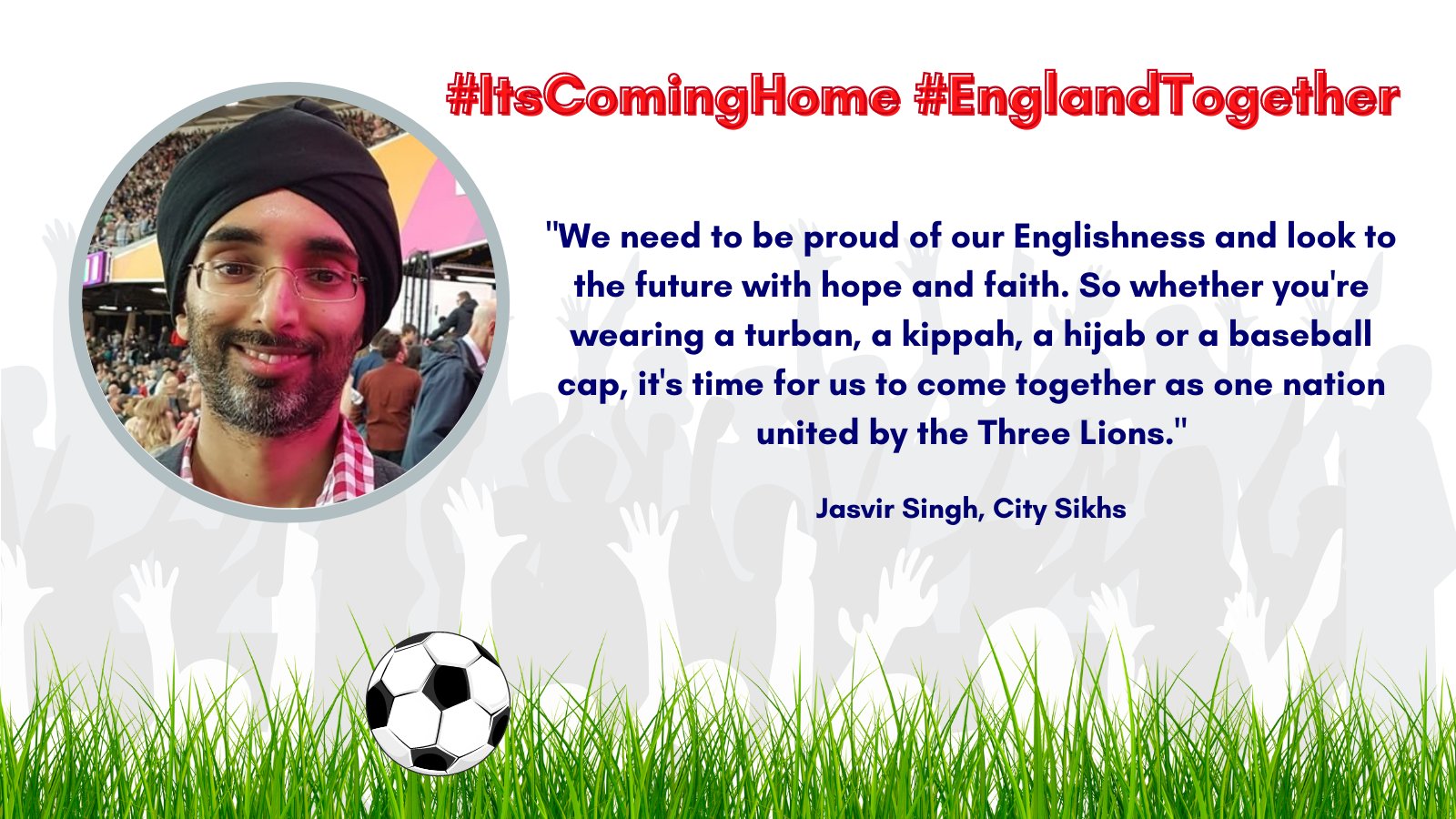 Luke Tryl, UK Director of More in Common said: “There’s no doubt that football helps us feel English today. When we asked people what’s most important in order to be considered English today, they listed speaking English, believing in democracy, being born in the country and supporting our national teams as the top four characteristics. Supporting England at Wembley this week goes to the core of who we are.

“Our football team represents the inclusive country that we are proud of. This week we are hugely grateful to Gareth Southgate and his team for bringing the country together and look forward to them bringing football home.”

Professor John Denham, Director of the Centre for English Identity and Politics, said: “Football brings England together – inspiring a sense of the Englishness, open to all, that we can build off the field too.”