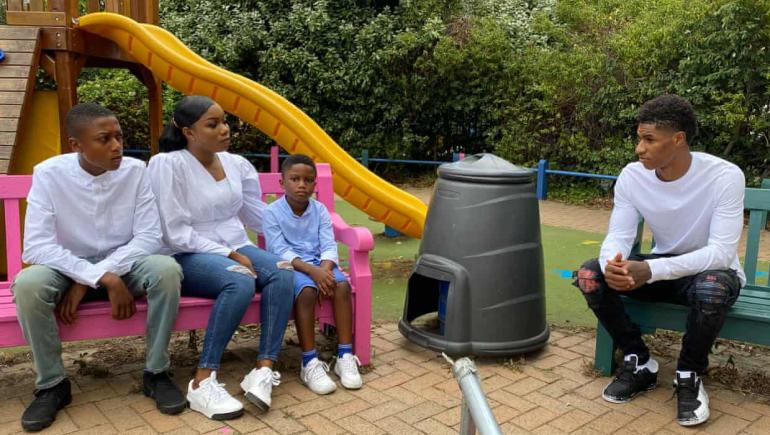 Manchester United and England footballer Marcus Rashford has formed a taskforce with leading food brands and supermarkets in a bid to reduce child food poverty.

The 22-year-old successfully campaigned to extend free school meals during the summer, after speaking about his own experiences of using a food voucher scheme as a child.

His actions encouraged the Government into making an about-turn, and now he has written to MPs, outlining the help he feels some families still need.

The footballer said he was "confident" the group could help change lives "for the better".

Speaking to BBC Breakfast, he said the move to extend free school meals over the summer had been a "short-term solution" to stopping children from going hungry, but it "wasn't going to work in the long run".

The United star is hoping that, with a bigger team of experts around him, he might be able to help more children.

"We wanted to do it the best way we could, introduce the best people into our group, and see if using them [we] can push it even more."