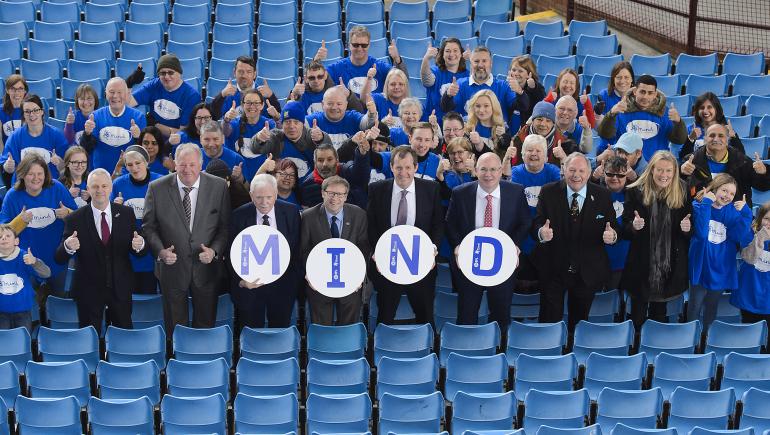 The EFL Trust have joined forces with Mind to increase awareness and understanding of mental health amongst fans, clubs and staff.

Mind will become the EFL's new official charity partner from the start of the 2018/19 season and together they aim to use the power of football to improve the nation's mental wellbeing.

A high-profile campaign will be developed to ensure everyone experiencing a mental health problem knows how to get support, with clear messaging and advice to be communicated through all 72 clubs, community activity and online promotion.

The partnership has four ambitions:

iv) Improve the approach to mental health in the EFL, in football and in wider society.

EFL chief executive, Shaun Harvey, said: "The partnership between the EFL and Mind offers us a unique opportunity to foster positive health and wellbeing of millions of individuals who have a connection with football, whether they are players, supporters or work within the game.

“We know that improving mental health is a huge challenge in society, especially for men, but through this partnership we will be proud to help raise awareness about mental health, reduce stigma and hopefully have a positive impact on the lives of millions of individuals who currently suffer in silence.

“I would like to thank Mind for their approach to the tender process and look forward to working closely with the charity to create a lasting legacy for the game, its clubs and communities.”

Mind president Stephen Fry added: "As a lifelong Norwich City fan and President of Mind, I am delighted that the EFL have decided to put a focus on mental health. So many men in particular struggle in silence with their mental health and feel terribly alone. But football is a uniting force and this partnership has the potential to tackle the shame and stigma around mental health and raise awareness amongst millions of fans in an unprecedented way. I hope that all 72 EFL Clubs, their players and fans get firmly behind this work."