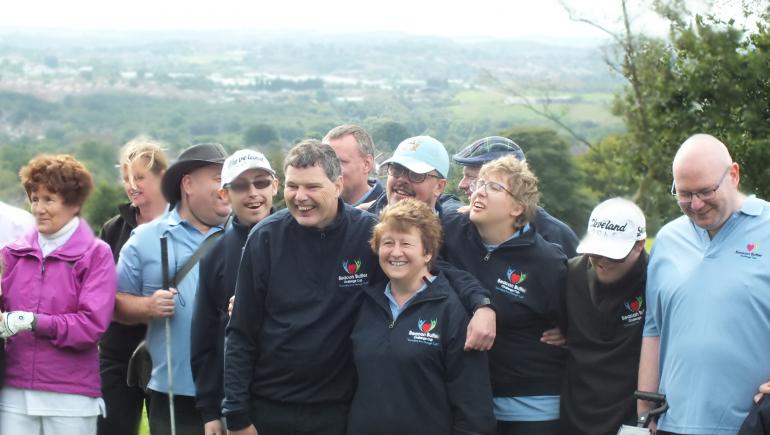 A group of 40 disabled and visually impaired golfers are in training for the Beacon-Butler Cup – a pan-disability tournament timed to coincide with September's Ryder Cup.

The players initially began a six-week programme organised by the Beacon Centre for the Blind two years ago at the Mark Butler Golf Academy at Sedgley Golf Club in Dudley, West Midlands.

They have been playing ever since and are now ready to compete for the second staging of the tournament, after the first event in 2016 finished in a dead heat.

Academy founder Mark Butler, who coaches the group, told ConnectSport: "They are a very diverse group in terms of disabilities, which range from visual impairments to Down's syndrome, but the key is to treat them no differently to any other person standing in front of you for a golf lesson. You don't label them by their particular disability.

"Everyone has a unique way of swinging the club. When they can't see there are certain things you need to adapt, but the majority of them tell me what they can or can't do when setting up and executing the shot.

"It's lovely, because as much as  you're coaching them, they are constantly teaching you in return."

Butler's coaching with the group has now extended into gym sessions. Some have become club members and they now socialise together too. "They have become part of this golf club's family," says Butler.

Butler plans to invite disabled and sight-impaired players from other counties to take part in September's Beacon-Butler Cup. He says: "Although it's based on the Ryder Cup, with teams split into Europe and America, it's simply about making golf as inclusive as possible and getting people from all walks of life to play."