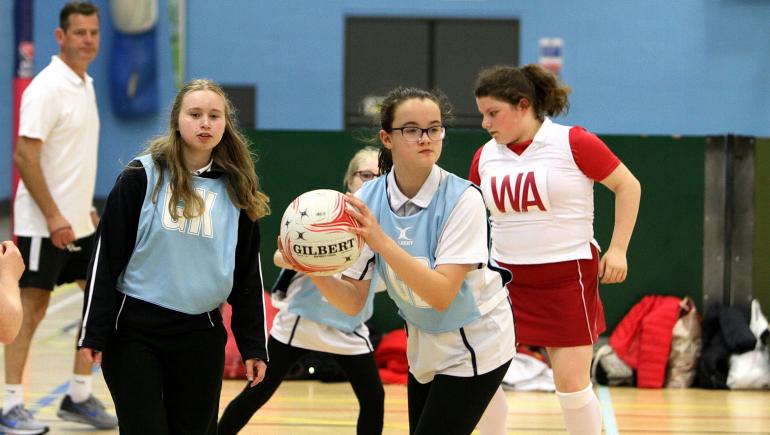 England Netball has launched a new Disability Strategy aimed at increasing participation amongst deaf and disabled women and girls.

The strategy was introduced off the back of Sport England’s Active Lives 2017/18 report, which found that disabled people are twice as likely to be physically inactive than non-disabled people. In addition, it found that just short of a million people played netball in that time; however only 448 deaf and disabled people took part in a England Netball session during that period.

The governing body’s strategy outlines its mission to enable more than 5,000 deaf and disabled people to participate in netball programmes by 2021. The organisation hopes to achieve this by hosting new competitions tailored specifically to people with a disability, and providing coaches, officials and session providers with the training required to provide more accessible sessions across the country.

As part of this, England Netball has also introduced a network of clubs which specialise in disability and inclusion, known as ‘Core Inclusion Clubs’. For each club that signs up to become a Core Inclusion Club it will receive a grant and support to help in the running of netball sessions in local communities. These clubs will continue to lead and pioneer England Netball’s inclusive footprint throughout the UK.

Richard Evans, the Strategic Lead for Disability at England Netball, said: “We are delighted to officially launch our Disability Strategy, which we have been working on for some time now. This is a really exciting chance for us to welcome more deaf and disabled women and girls into the netball family.

“This strategy gives people a glimpse into our future and breaks down our ambition to understand, engage with, and maximise opportunities in netball for disabled people. It will allow us to grow and build towards a future where disabled people playing netball isn’t the exception but the norm.”

As part of the strategy, England Netball will also be hosting its ParaNetball Championships on February 1, 2020, which offers a competitive netball opportunity for people who are deaf or hard of hearing or for those with intellectual impairments, learning disabilities or special educational needs. On the same day there will also be a Disability Awareness Course taking place to provide people with the skills, knowledge and confidence they need to be able to deliver netball sessions for disabled people.

Another strand of the strategy will see the introduction of ‘Blended Netball’ in the New Year, which is a new secondary school peer to peer offer, designed for mainstream girls to deliver netball to girls with special educational needs, allowing them to benefit by gaining important life skills such as leadership, communication and empathy.

To find out more about the strategy, upcoming competitions and training opportunities visit the England Netball website.

Get behind new 'This Girl Can' launch