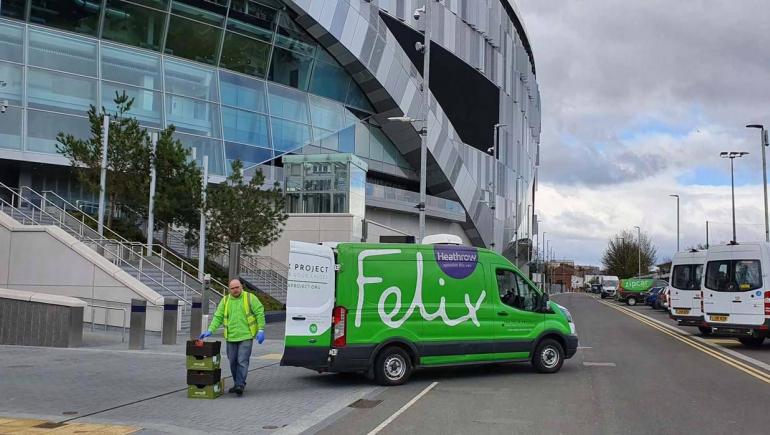 Tottenham Hotspur’s new stadium is being used to support vulnerable individuals across communities impacted by the Coronavirus pandemic.

The Premier League club has been in discussions with Haringey Council, the Greater London Authority and NHS and has offered the use of the stadium, which was only completed last year, and its facilities to them.

As a starting point, the stadium’s basement car park is being used as a storage base by the London Food Alliance, a new scheme set up to ensure food supplies for the most vulnerable people within the capital during the pandemic.

It has been set up by the capital’s three largest food surplus distributors — The Felix Project, FareShare and City Harvest — to pick up nutritious surplus food from suppliers and deliver it in bulk to community hubs in each London borough.

Each Borough Council is creating hubs to receive the surplus food, divide it into food parcels and deliver them to the doorsteps of vulnerable Londoners. Spurs’ stadium will be one of two hubs used by Haringey, alongside Alexandra Palace.

Boroughs are in touch with local charities, foodbanks and community centres, as well as the Government, to ascertain who is most vulnerable and in need.

Spurs chairman Daniel Levy said: “As a club, we have always been clear about our commitment to the wider community – never has this been more important than it is now.

“We are immensely proud of the efforts of everybody involved in the fight against COVID-19 and see today as just the start of what we can do as a club to assist.”

Spurs had already been working with The Felix Project both before and at the start of the pandemic, donating surplus food and drink intended for use at the postponed fixture against Manchester United.