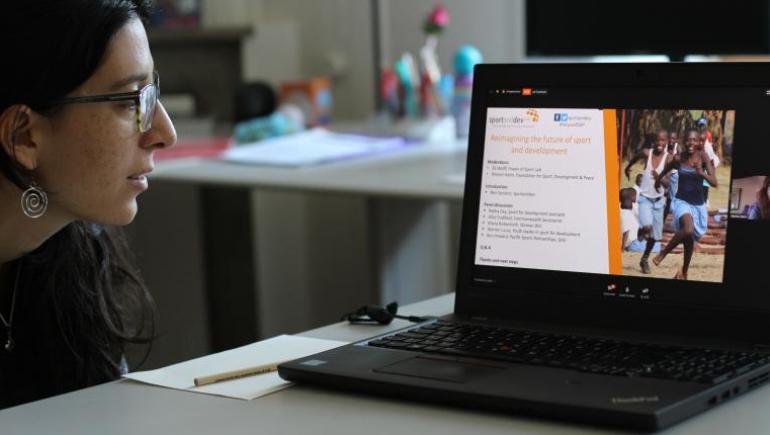 More than 400 people from around 70 countries tuned in for a webinar on ‘Re-imagining the role of sport and development’ on International Olympic Day on June 23rd.

The webinar was co-ordinated by the International Platform on Sport and Development, sportanddev, and followed a call for articles on the same theme which attracted no fewer than 55 articles to the website’s English and French platforms.

There were 720 registrations from 94 countries for the webinar on Eventbrite, with 359 people watching on Zoom and many more via Facebook.

The webinar was moderated by Professor Marion Keim, from the Foundation for Sport, Development and Peace in South Africa, and Eli Wolff from the Power of Sport Lab in the USA.

Speakers included India-based sport for development specialist Rekha Dey; Oliver Dudfield, Head of Sport for Development and Peace at the Commonwealth Secretariat based in London; and Ben Howard, programme manager of the Pacific Sports Partnership, in Australia.

You can replay the webinar here.

The broadcast was a precursor to further webinars and activities that sportanddev is planning. For example, the platform will mark its new partnership with UNHCR, the UN’s refugee agency, with a programme of online activity over the next three months.

This will include the launch of a call for articles on sport and refugees on UN International Youth Day on August 12, and a week of activity in the build-up to International Day of Peace on Monday 21 September.

Simon Lansley, sportanddev’s London-based consultant, said: “We were delighted with the response to the webinar, the subject of which was particularly poignant given the current health crisis that the world is facing.

“The International Platform has been convening important conversations around global sport and development since its inception in 2003 and, thanks to the online tools now available to us, these conversations can happen in real-time.”

He added: “We have some very exciting developments in the pipeline for 2021 and are keen to hear from potential supporters who could help support the growth of the network, and the development of the Platform.”

New Chair of Coalition appointed
SIGN UP FOR THE CONNECTSPORT NEWSLETTER