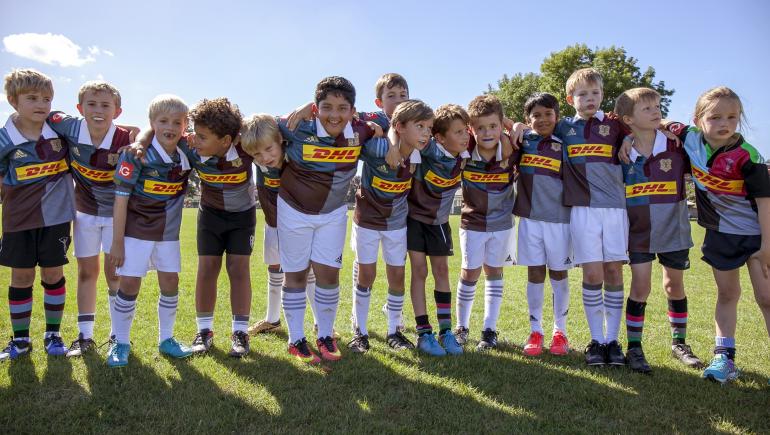 The Harlequins Foundation, the independent charity of Premiership Rugby club Harlequins, has revealed details of 'SportVB' - an online Social Value Bank which enables sports organisations to assess, record and value the impact of their community activity.

The launch of SportVB comes at a time when an increasing number of clubs, governing bodies and charitable organisations are seeking to establish the value of sport to society. The creators of SportVB say it is the first tool to employ robust, internationally-recognised methods for valuing social impact, as set out by the UK HM Treasury Green Book (2018) and the Organisation for Economic Cooperation and Development guidelines.

Organisations can access SportVB via an easy-to-use online portal, where they record a range of data for projects such as inputs (eg staff costs), outputs (eg number of participants) and outcomes (eg participants’ recorded self-esteem improvements).

The system then calculates the overall net social value to society and provides additional data to interpret the source of that social value. SportVB also measures the ‘secondary benefits’ of outcomes, such as cost savings to government via reduced welfare payments or increased tax revenue. These are valued using current government data sources.

“SportVB directly addresses the issue that so many sports organisations, clubs and foundations struggle with,” said Marc Leckie, Head of The Harlequins Foundation.

“How can you accurately measure the social impact of your activities beyond top-level factors such as the number of participants or a change in behaviour?

“SportVB provides clubs with consistent and robust valuations of their impact that organisations can then use to report and feedback to their stakeholders, sponsors, funders and local partners.”

Daniel Fujiwara, director of the research consultancy Simetrica which developed the tool, said: “SportVB will for the first time allow sports organisations to measure and communicate their value rigorously and with real authority, using robust best-practice methods. We are truly excited by the potential of the SportVB tool to improve the impact of sports organisations across the country.”

Sport and Wellbeing: Coalition and Mind issue call for evidence