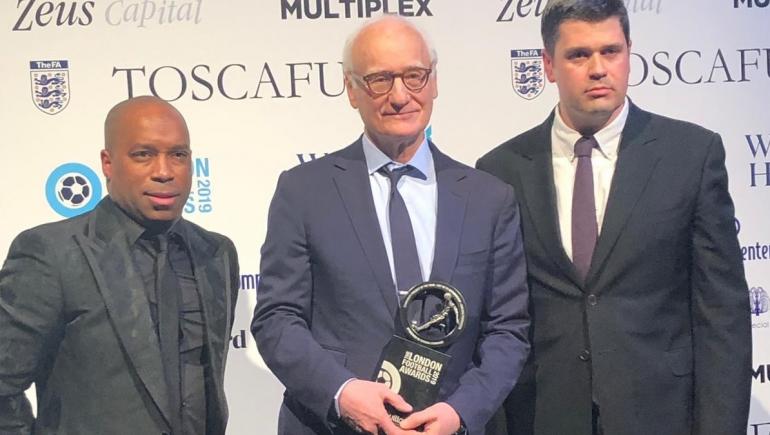 The Chelsea Foundation was named winner of the Community Project of the Year at the London Football Awards this week.

The award is in recognition of the work done by the Foundation’s ‘Say No To Antisemitism’ project.

The scheme, launched in January 2018, has seen Chelsea work with a range of organisations, including the Holocaust Education Trust and Kick It Out, to help raise awareness of antisemitism.

Arsenal in the Community’s ‘Drawn Out’ project, and Brentford FC Community Sports Trust’s ‘Ambassadors Project’ were named as runners-up at the ceremony at Battersea which is organised in conjunction with the Willow Foundation, the UK charity set up by former Arsenal goalkeeper Bob Wilson to provide special days for seriously ill 16 to 40-year-olds.

The awards, which celebrate the best of London football in the 2018/19 season, are voted for by a panel of 22 experts from across the football industry, including ex-players such as Bobby Zamora, Bob Wilson and Tony Cottee, as well as various members of the media.

Find out more about the Chelsea Foundation on its ConnectSport directory page. To add your organisation to the directory, contact hello@connectsport.co.uk.

Play To Talk: Soccer's role in supporting mental health
SIGN UP FOR THE CONNECTSPORT NEWSLETTER