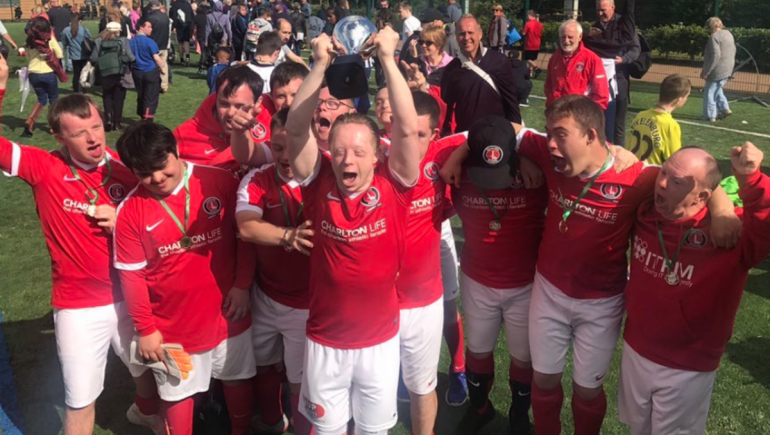 Charlton Athletic have been named community club of the year at the 2016 Football League Awards, with Middlesbrough defender George Friend winning community player of the year.

Despite a tough season for the London club ending in relegation from the Championship, the impressive Charlton Athletic Community Trust (CACT) delivered no fewer than 54 projects and engaged with more than 40,000 people over 12 months.

During the year, the Trust was also re-commissioned to run Greenwich Borough’s health, youth and disability provision.

Dr Alan Saunders, Charlton’s Director of Education, Sport and Health, said: “It’s testament to the relationship we have with both the local community and the club, as well as the University of Greenwich, because without them we couldn’t do it.”

The Award is managed by the Football League Trust, the national charity which oversees the community work of the 72 Football League clubs. Last year The Trust engaged with over 1.6 million people using the power of sport to improve health, inspire education, reduce crime, increase participation and tackle many difficult social issues like drug abuse, dementia and homelessness.

Middlesbrough defender Friend won the PFA Player in the Community Award at the awards ceremony, held in Manchester. He had been shortlisted for the award along with Carlisle’s Danny Grainger and Doncaster’s Andy Butler.

The 28-year-old full-back is an ambassador for the Foundation’s social inclusion projects. He said: “I am thrilled and very humbled by this award and thank everyone concerned.

“There are a lot of people who put in a lot of work at the club and at the Foundation, and this award is recognition of the tireless work they put in. I’m delighted to be able to help where I can. Teesside is a very proud area with proud people and I am very proud to be a part of it.”

Helena Bowman, Head of the Middlesbrough Foundation, said: “I am absolutely delighted that George has won this award. He is a massive ambassador for the Foundation and appreciates his role in the community.”