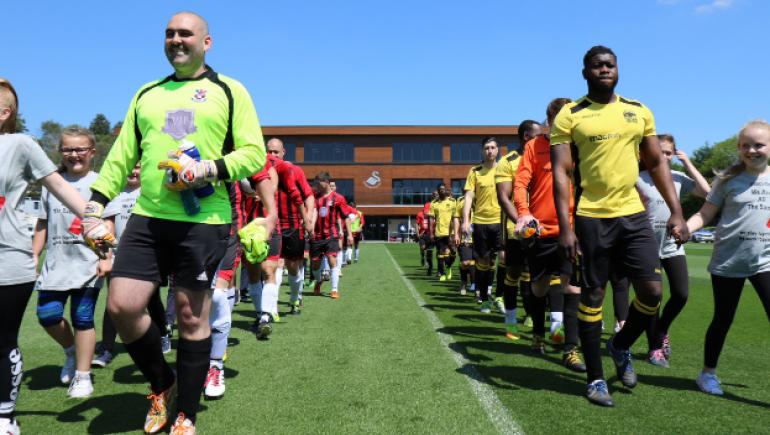 For the second successive year, the Western Bay Community Cohesion Cup is set to break down barriers in Swansea through the medium of football.

The round-robin tournament takes place over four weekends between 11-a-side teams from diverse backgrounds within the South Wales city.

Launched last week at the Liberty Stadium in partnership South Wales Police, the event is part of a two-year project funded by Sport Wales and delivered by BME Sport Cymru, a third-sector organisation that delivers many initiatives supporting the long-term inclusion of BAME communities in sport across Wales.

Basit told ConnectSport: "It's all about building trust, breaking down barriers and improving communication between different communities in Swansea."

Building on a similar event which has taken place in nearby Cardiff for several years, the Swansea project aims to engage those who otherwise may not play sport regularly.

This year four teams will play each other in a round-robin format over three weekends. One team is made up of a community of asylum seekers and refugees from mainly African backgrounds; the 'Swansea Stars' are comprised from a mostly Bangladeshi community; the 'Swansea Panthers' are this year's defending champions, and the 'Swansea University Veterans' are a team of former students.

The overall winner will get the chance to take on the Western Bay Police in a final. Their team last year featured the project's Ambassador, former Swansea City striker Lee Trundle, and another former Swans player, Kristian O'Leary. Last year Trundle scored twice in a 3-2 victory.

"It's all about trying to bring these different communities together and forging relationships between different ethnic groups, races and religions," said Basit. "The other element is getting each of these groups to engage positively with the police. Last year officers promoted opportunities to join the police force and a couple signed up to become PCSOs."