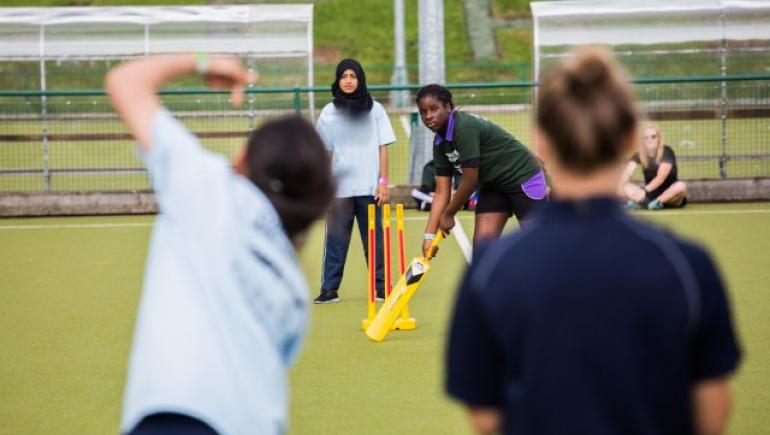 A new £1.8million project is to use cricket to promote community cohesion in Birmingham, Manchester, Bradford, Slough and east London.

'Breaking Boundaries' aims to bring together young people and their families from different ethnic groups to advance togetherness and mutual understanding through participating in cricket.

The project was officially launched by Spirit of 2012 Chair Alan Coppin at the recent 2018 British Ethnic Diversity Awards (BEDSAs) in central London.

National charities Sporting Equals and the Youth Sport Trust are the founders of the initiative, with local partners delivering it in their respective areas. In Birmingham the project will be developed and delivered by Sport Birmingham, Warwickshire Cricket Board and Edgbaston Foundation.

Helen Corrigan, National Governing Body Manager for Sport Birmingham, told ConnectSport: "There are areas across Birmingham which are predominantly populated by single ethnic groups. We want to bring communities together to understand each other's cultures and backgrounds, using sport as the tool to achieve that.

"We are now working with the Youth Sport Trust and Sporting Equals to get a plan in place and get apprentices and young leaders recruited on to the programme. We are also looking at ways we can measure community cohesion and people's sense of belonging and happiness through this project."

Ravinder Masih, Head of Community Engagement at Warwickshire County Cricket Club, said: "Cricket is so well placed in bringing together diverse communities who are all united in sharing a passion for the sport. We are delighted to be working with our partners in bringing the Breaking Boundaries project to Birmingham against the backdrop of some exciting cricket matches coming to Edgbaston including the Cricket World Cup.

Ali Oliver, Chief Executive of the Youth Sport Trust, said: "At a time when it can feel like divisions in society are growing, harnessing the power of sport to heal divisions and bring communities together is increasingly vital.

"This programme has the potential to make a huge, tangible and lasting difference to the lives of people in our five areas. I can't wait for us to get started."