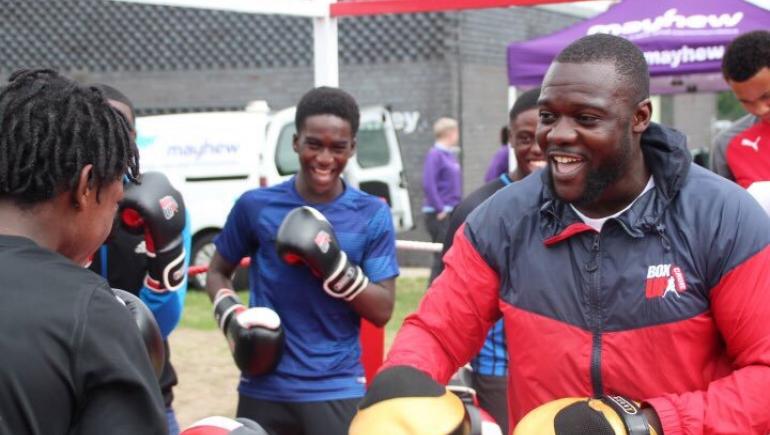 The founder of ‘BoxUpCrime’ has been recognised for his community work in the New Year’s Honours List.

Stephen Addison founded the social enterprise, which operates in the London borough of Barking and Dagenham, in 2013 after losing friends due to gang affiliation and crime.

BoxUpCrime uses sports, in particular boxing, as a tool to inspire, educate and develop young people, specifically those who have been involved in crime, and works with around 600 individuals every week in schools, pupil referral units and community centres.

Stephen, who has been awarded the British Empire Medal, was a keen boxer himself until the age of 15 when he says he was distracted by gang culture. His behaviour deteriorated to the extent that he was asked to leave his school and for the next five years, made a living through crime.

He said: “I was surrounded by a lot of people who were involved in gangs and crime. Growing up with that lifestyle was something that was going to happen because of my surrounding, even though both of my parents believed in God and took me to church, I got caught up in this lifestyle.

“It’s very hard growing up in a community where all of your friends are making money from illegal activities. You are looking and you are thinking ‘I want to get involved’. Sometimes you don’t want to talk to your teachers or your parents because you just feel they are going to tell you off, but it looks so attractive. So I was that young kid that got really caught up and got involved, and I was doing things that I shouldn’t have been doing.”

A "random dream" one night changed his life - he was so shocked at the idea that he might commit murder that he was determined to change. Since 2013, he has helped more than 4000 young people.

Stephen added: “I have been able to turn the past mistakes that I have made into blessings, not just for myself but for many young people as well.”