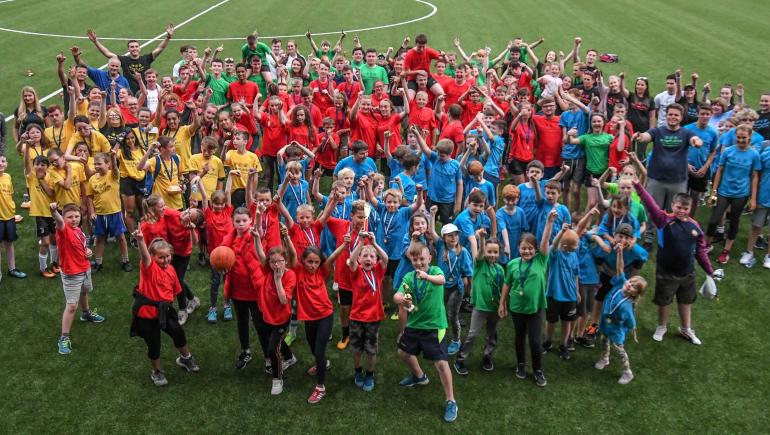 More than 200 young people from across Belfast came together to take part in the seventh annual Belfast Interface Games (BIG), in a scheme to improve social inclusion and integration in the city.

The event, which was supported by the cross-community organisation PeacePlayers, uses sport as a way to bring the young people of Belfast together by integrating teams from all backgrounds through culture and identity.

In Northern Ireland, less than seven percent of its youth attend integrated schools due to “religious division, despite the existence of a decades-old peace agreement between Catholics and Protestants”. This segregation, according to PeacePlayers, extends to the “communities they live in and the sports they play”.

However, thanks to this three-day event, 91% of participants have been able to interact with someone from a different background for the first time through the programme.

The Games were held at Seaview Stadium, home to Crusaders FC, at the end of July with the three traditional sports being played: rugby, football and Gaelic football.

Gareth Harper, managing director of PeacePlayers, explained: “BIG uses the 'Game of 3 Halves' model, which sees integrated teams comprised of members from both of the main traditions, playing and learning together about the three main sports from Northern Ireland rich sporting heritage, rugby, soccer and Gaelic football.

“Sports stations facilitated by coaches from each of the codes are complimented with a 'fourth half' of community relations conversations, team-building games and activities.

“BIG is about building bridges and creating the environment within which relationships developed as team-mates, on the field of play, can turn into lifelong friendships.”

“The winners were not the team that won the most games or the individuals that scored the most tries, but those that demonstrated the highest level of sportsmanship.

“The BIG champions were those teams that, in keeping with the PeacePlayers ethos that ‘children who play together can learn to live together’ and displayed the most sportsmanship like behaviour.”

Sporting Equals CEO: 'Much work to do'

Disability strategy launched for netball
SIGN UP FOR THE CONNECTSPORT NEWSLETTER