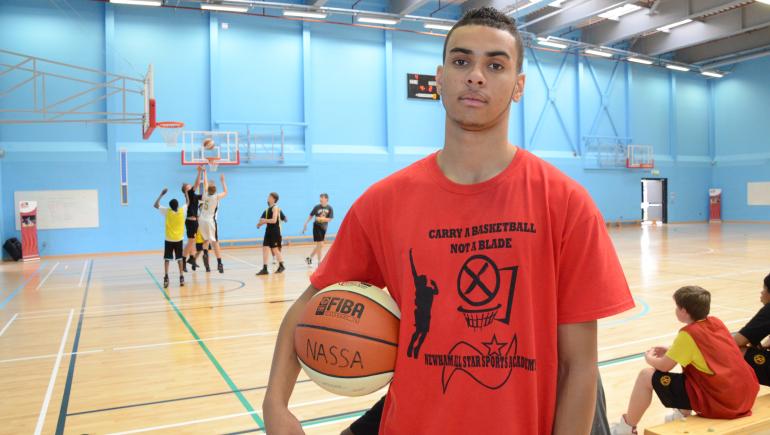 Players, coaches and governing body officials joined MPs at Westminster Hall this week to debate the funding crisis in basketball and to promote the sport's powerful social impact.

GB Basketball lost its UK Sport funding in 2014 and emergency funding from Sport England ends next month, which is set to leave the governing body with a £1million shortfall.

Labour MP for Tottenham, David Lammy, gave an impassioned speech at Westminster highlighting basketball's high proportion of BAME players and coaches and its popularity and impact in disadvantaged areas.

The social value of basketball is exemplified in urban basketball clubs and programmes across the country, such as the Newham All Star Sports Academy (NASSA) in east London.

Based at the University of East London, NASSA welcomes 150 young people to training sessions every week, many of them from disadvantaged backgrounds. Their 602 registered playing members speak 151 different languages and dialects between them.

They have men's, U12, U16 and U18 teams in national leagues and also run girls' and wheelchair basketball activity.

The jewel in their crown is their CABNAB (Carry A Basketball Not A Blade) programme, founded by NASSA player Anthony Okereafor in 2008 after two of his friends were stabbed to death in separate incidents.

CABNAB, run with the full support of the Metropolitan Police, reaches 2,000 young people every week across east London, providing extra-curricular basketball sessions in primary and secondary schools alongside mentoring and workshops on gangs and knife crime.

Okereafor, who was given a UK Points of Light award by then Prime Minister David Cameron in 2015 for his work on CABNAB, said: "If we can get to the youth of today before they slip into gangs or are involved in knife crime, and get them to do something positive and constructive like basketball, the impact will be a life with great prospects and positivity.

"To change just one young life is an achievement, but to inspire many is a success. This scheme has shown it works."

So far 200 young people have gained 231 qualifications in total, with 29 becoming UKCC Level 1 coaches (24 boys and five girls) and a further 26 (20 boys, six girls) reached UKCC Level 2. One player, 22-year-old Solomon West, has come right through the scheme and is now employed by NASSA as a coach.

"Solomon is a role model for these youngsters and shows them what they can achieve," NASSA spokesman Ivan Speck told ConnectSport.

NASSA was founded in 2006 by Natasha Hart, who was awarded an MBE in 2015 for Services to Sport in East London. Stephen Timms, MP for East Ham, is a Patron and passionate supporter.

Speck added: "Our aim is simply to help all our young people reach their potential and further their ambitions. Our diversity and the benefits we bring to our local community speak for themselves."

Find out more about Newham All Star Sports Academy (NASSA).