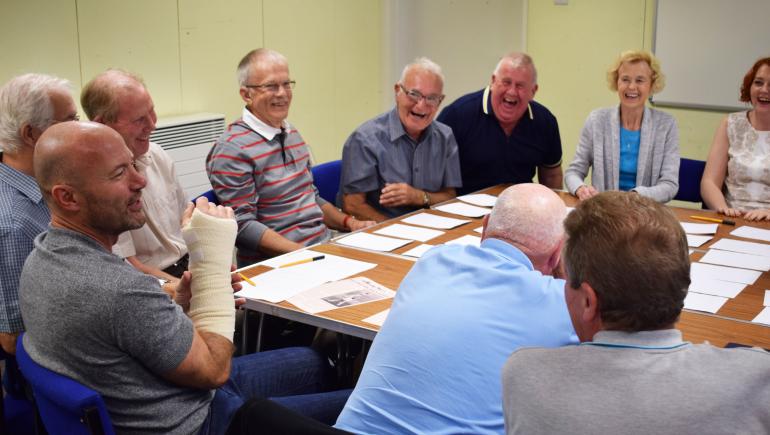 Memories of Tangerines record appearance holder Armfield, who died last week aged 82, are expected to feature heavily in the conversation when older fans attend their weekly Sporting Memories groups at venues across Blackpool.

Trust Chief Executive Ashley Hackett commented: "These groups will provide people with an opportunity to have fun and make new friends with like-minded people, to share and discuss their own sporting memories, many of which will likely include Jimmy Armfield and oher Blackpool FC legends."

Sporting Memories Co-Founder and Director, Tony Jameson-Allen, told ConnectSport: "We are delighted to be partnering with Blackpool Community Trust on the new Sporting Memories programme in the town. Funding from the Royal British Legion has provided the opportunity to establish weekly groups, with a unique opportunity to use the history and heritage of the club and of sport across Blackpool to engage veterans living in the area.

"In 2016 we were fortunate enough to be invited by Jimmy Armfield to his home to record a few minutes of his memories around the 1966 World Cup. What was scheduled to be a 10-minute interview turned in to a magical hour as Jimmy recalled how he first arrived in the town as a young evacuee, through his sporting prowess as a fine athlete and rugby player, and of course his remarkable career in the game with The Tangerines, England, moving into management, commentary and his sheer love and joy of the game.

"It's powerful memories such as these that week in, week out power over 100 Sporting Memories groups, helping to support former players and older fans living with dementia, depression or loneliness."