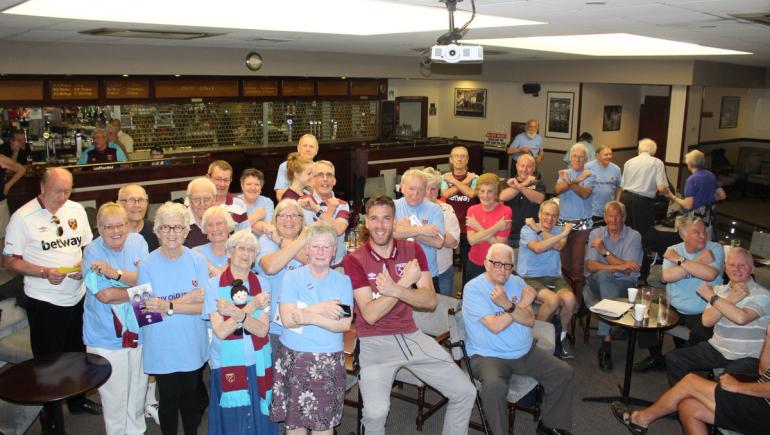 Any Old Irons, West Ham United Foundation's joint project with Friends of the Elderly to increase social activities for older men in East London, has been shortlisted for the Third Sector Awards in the Charity Partnership category.

The Charity Partnership Award, which will be presented on September 20, will go to a partnership between two or more charities that has "enabled the partners to more effectively deliver services to beneficiaries, reach new groups or reduce costs".

Friends of the Elderly and West Ham United Foundation have been working together since 2015 to implement the Any Old Irons programme, which is part of Football Friends, a project for older fans looking to connect over a shared love of football.

The initiative, which is run in conjunction with the Premier League and the Professional Footballers’ Association (PFA), encourages those experiencing loneliness and isolation to come together, share stories and make new friends.

Attendees can also learn how to stay in touch with their fellow fans and the Premier League club using digital technology.

Any Old Irons was launched as there was a noticeable lack of social activities on offer in the East London area for older men, but the programme is also open to women.

The main elements of the project are five-week programmes comprising stadium tours, digital learning and story-sharing, as well as meeting West Ham players – old and new.

“By bringing together Hammers’ fans who may not be socially active, Any Old Irons helps keep vulnerable fans connected. It's great to see so many supporters from different generations bonding over our club and their shared memories.”

The project takes place at East Ham Working Men’s Club and is open to anyone over the age of 65. Places are limited and are allocated on a first-reserved basis. Those interested in attending should call Friends of the Elderly on 0330 332 1110.

Find out more about the West Ham United Foundation on their ConnectSport directory page. To add your organisation to the directory, contact hello@connectsport.co.uk