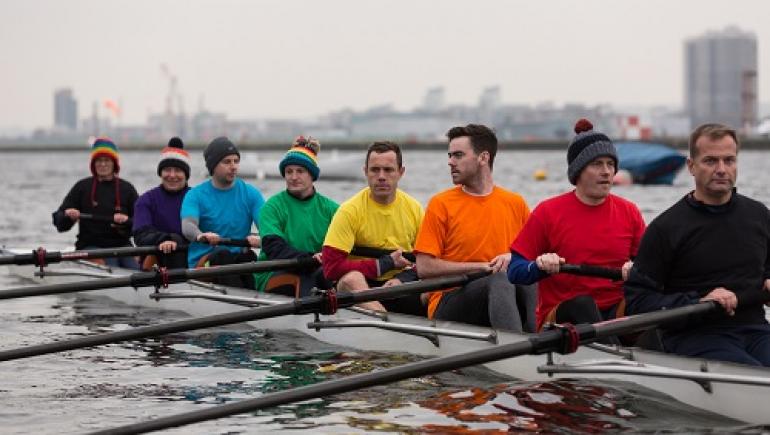 Show us what you do... and your organisation could receive £250

The London Otters Rowing Club has been unveiled as first recipient of a new monthly award aimed at showing how sport can strengthen communities.

The Mayor of London has partnered with ConnectSport to encourage any community-based organisation in the city to create a short film, which can be shot on a smartphone, demonstrating how they are using sport and physical activity to bring people together.

London Otters, an LGBTQI-friendly rowing club based at the Royal Docks in East London, are the first recipients of the monthly £250 award, which is running throughout 2019 and is linked to the Mayor’s ‘Sport Unites’ funding campaign.

Debbie Weekes-Bernard, Deputy Mayor of London for Social Integration, told ConnectSport: “We are interested at looking at using sport to tackle social isolation, to improve mental health, to create a healthier and more engaged city, but also to create some of those links and connections between people from very different backgrounds.

“We think that sport is a really good way of bringing people together, just by virtue of their love of sport – either as participants or as fans. It’s a great way for us to achieve some of the outcomes that we have set ourselves for tackling some of those big issues, like improving mental health, like helping to reduce levels of knife crime, like giving young people a sense of structure and a sense of purpose, and enabling them to learn skills which will help them become adults, and participate as adults in a city that is multi-cultural, diverse and vibrant.”

Yoan Graignic and Alex Jones, from London Otters, visited City Hall to receive the award from the Deputy Mayor this week.

Alex revealed that the club’s inclusive approach has enabled it to grow to more than 150 members from different sections of society, not just the LGBTQI community, with more than 600 on a waiting list to join.

He said: “The London Otters was established as a club to try to break down some of the barriers that prevent LGBTQ+ people getting involved in sport. I think over time it has grown and become much more than that.”

Yoan added: “That one video really was a snapshot of that. It was Alex rocking up on a training day and literally being able to capture everyone – all ages, all genders, all sexualities – because every week we all turn up and train together.”

The Mayor’s Office is encouraging more organisations to show how they are using sport and physical activity to increase social integration, by submitting a video to the ConnectSport platform.

Visit www.connectsport.co.uk/stronger-communities-through-sport to find out more.